Guide to Best Way to Get the Google Pixel Camera APP in any Android Phone to shoot the awesome Image. Recently, Google has released the Best Android Phone of year “Google Pixel and Google Pixel XL”. The Phone features the best Software and best hardware to bring the Awesome user Experience to the Android Users.

Previously, Google has launched the Smartphones under the “Nexus” Brand. Google Pixel and XL are the First Premium Models from the Google Under the Pixel Brand. The Google Pixel phone comes with Latest Android Operating System Android Nougat 7.1. The Latest Android 7.0 offers enhanced version of the User Interface using Material Design.

The Google Pixel Offers many new UI features like Launcher shortcuts feature,  swipe up from your dock to reveal the new full screen All Apps mode, tint the dock, use the new circular folder style. We’ve posted in our previous post about How To Get the Google Pixel Launcher in Any Android Phone.

In this Guide, we are going to show you that How to Get Google Pixel Camera App in Your Android Phone without Rooting. 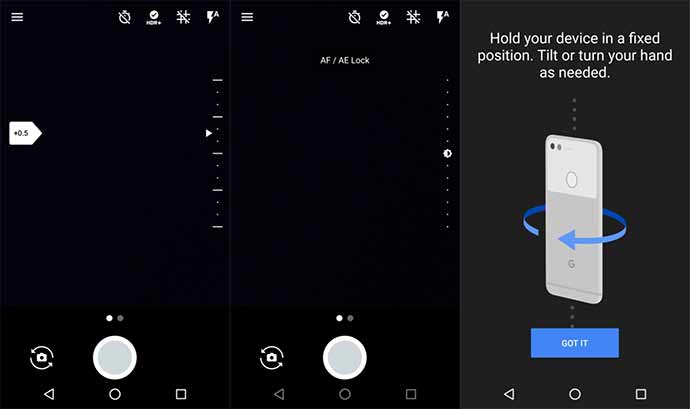 Official Google Camera app from the Pixel/Pixel XL system dump, modified to work on ARM64 Nexus devices running 7.0+. This includes the Nexus 5X and Nexus 6X, but excludes the Nexus 5 or Nexus 6.

If you have Android 7.0 or higher running on your phone, You can install the Google Pixel Camera app. Let’s start the installation procedure to get the Pixel camera in your Android device.