The Hacker Team “Evasi0n” has released the an iOS 7 jailbreak tool which  provides the Untethered Jailbreak for all iOS 7 devices.  This Evasi0n Jailbreaking tool is compatible with all iPhone, iPad, iPad Mini and iPod touch which are running on the iOS 7.0 to iOS 7.0.4. So if you have iPhone 5s or iPhone 5c running on the iOS 7, lucky day for all of you. The legitimate Jailbreaking instructions for all iOS 7 Devices coming below.

How to Jailbreak iPhone 5s or 5c, iPad And All iOS 7 Devices [Step-by-Step Instructions]

This iOS 7 Jailbreaking Guide is very straightforward and will take only five minutes to do.

Backup and Turnoff the Passcode

1.First, You have to back up, and disable the Passcode lock on your Device. To do this, Go to Settings > General > Passcode Lock. Turn off the Passcode lock. After the Jailbreaking, again you can turn on this settings.  Don’t worry about this.

Connect your device to your system via USB cable and make the backup using the iTunes. The backup is very essential, if something goes wrong (It’s extremely unlikely) while jailbreaking the device. However, the Backup will save you. 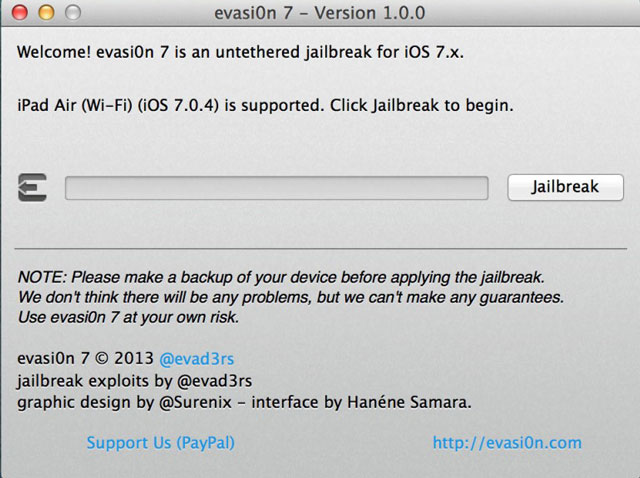 3. After launching the evasi0n 7, hit the Jailbreak Button. From that Moment, all the Jailbreaking process are automative and watch the process in your screen.

4. In the mean time, to continue the Jailbreaking process, you have to unlock your Device and tab the evasi0n icon.

6. Just wait for the Cydia app to prepare file system in your iOS Device. You will get the black screen during Cydia Preparing for the File systems. Just be Patient for sometime to File system preparation. Once It completes, you are Inch closer to Jailbroken Device. 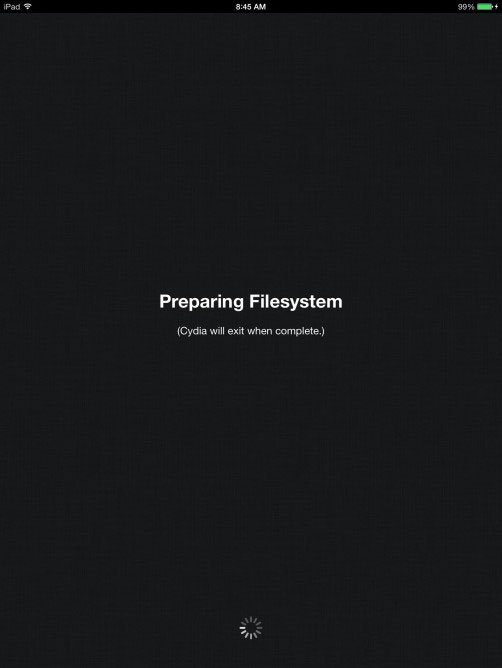 7. After the File system preparation, you have to select Who Are you? That is User, Hacker or Developer. Depends on this selection, the functionalities will be filtered. Even after this selection, you can change the above settings easily.

That’s it. Your device is completely Jailbroken with Cydia installed, and you are free to go!

Currently, Some of the Cydia apps are not yet compatible with iOS 7 Jailbreak. But will be updated soon from developers end.