Justin Bieber is a Canadian singer and actor. He was discovered on YouTube back in 2008 and then, as they say, the rest is history.

Follow Justin Bieber on his inspirational journey from street performer in the small town of Stratford, Ontario, to Internet phenomenon and global superstar with images from his 3-D concert film in this free Windows 7 theme. 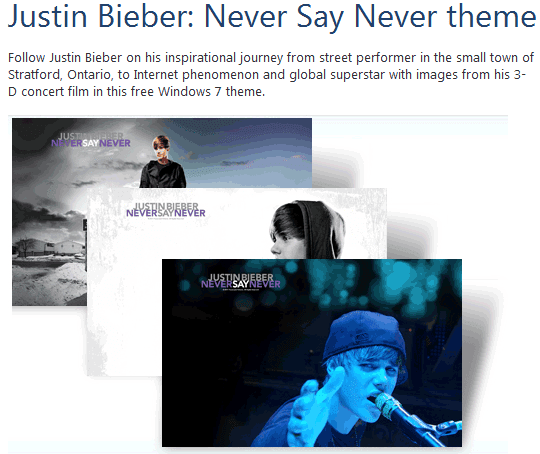