3D printers are one of the coolest technology that is available today in the tech-world. The same technology is incredible here, after reading this story you will know How it is.

Paul McCarthy has a son named Leon, who was born without fingers on one of his hands. To make the kid do not feel bad for not being able to perform some common activities. Paul McCarthy was looking for an inexpensive but functional prosthetic hand for his son Leon. 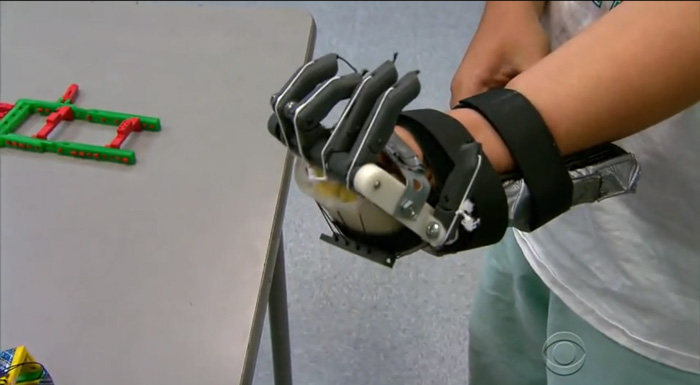 And he did it in an incredible way: using a 3D printer to build a mechanical prosthesis that Leon can interact normally with the objects that surround them.

Paul McCarthy used projects an inventor named Ivan Owen – who authorized the passionate parent to use their technology to print the prosthesis for her son.

Now Leon proudly calls himself a cyborg as he shows off his functioning robotic hand. The coolest part: It didn’t even cost that much.

While a common mechanical hand can reach the mark of $ 30 thousand, the prosthesis printed McCarthy is between $ 5 and $ 10 – and we’re talking in the same units, not thousands of dollars.

Do you have imagined that 3D printers will have a role like this in Human Life?  Share your views about this Father and this Project below here.