SpeedFan is great software to measure temperature of CPU. The user interface of SpeedFan is very user friendly. SpeedFan is a freeware program that monitors CPU temperature and can also do a lot more. 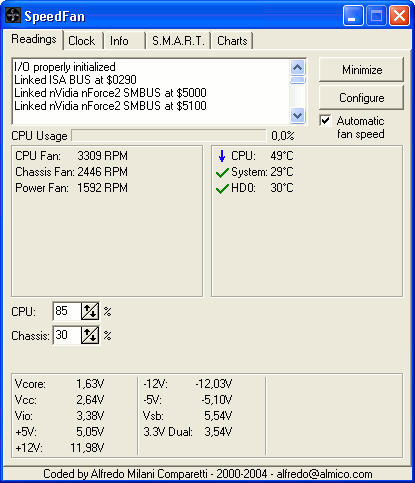 SpeedFan can access digital temperature sensors and can change fan speeds accordingly, thus reducing noise. SpeedFan can find almost any hardware monitor chip connected to the 2-wire SMBus (System Management Bus (trademark belonging to SMIF, Inc.), a subset of the I2C protocol) and works fine with Windows 9x, ME, NT, 2000, 2003, XP, Vista and Windows 7. It works with Windows 64 bit too.

NOTE: Registration is required for downloading.

Latest in How To

More in How To