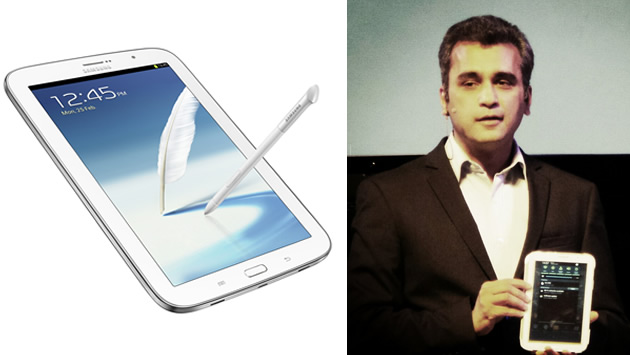 The Samsung Galaxy Note 8.0 has come with all features that offered by Galaxy series. The Note 8.0  will come with an 8.0 inch screen of resolution 1280×800 pixels and 189 pixels per inch. An Exynos 1.6GHz quad-core processor does the processing for you which is complemented by 2GB RAM.

The Samsung Galaxy Note 8.0 offers  a primary 5-megapixel camera without LED flash. You get a 1.3 megapixel front camera for video calling. This Tablet comes with the 4,600 mAH battery which will give it quite the battery life on a single charge.

Like the iPad mini Note 8.0 will offer 16 GB and 32 GB  models and will provide an option to expand the internal memory too via a microSD card which the iPad Mini lacks.

Apple also not going only watch this Samsung move, they are also planning to launch the next iPad Mini 2 in future days. We are also waiting for the Apple’s move that what iPad Mini 2 will Feature ? and this product will give them upper hand in 8 inch tablet market.

There is no official word from Samsung about the pricing of Galaxy Note 8.0.  Reports suggested that Samsung will disclose it in mid-March and the Note 8.0 also will hit stores in same day.