Bitdefender Antivirus  is an antivirus program designed to be fast and to minimize user interaction. You don’t have to sacrifice nothing of the malware detection and removal capabilities. By default, Bitdefender Antivirus Free Edition scans and cleans your system using minimum resources only. It is smart and effectively uses resources when your operating system are not using, thus achieving near-zero impact on your activities. 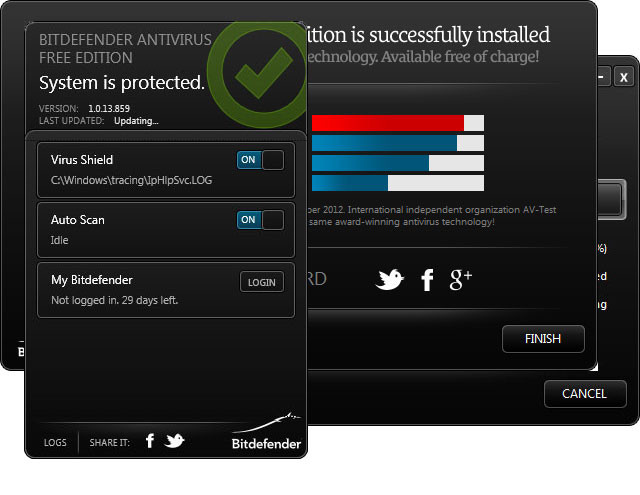 Bitdefender Antivirus Free Edition periodically scans all of your files and handles all security-related decisions for you. This means you will see no pop-ups, no alerts and you will not have to configure any settings whatsoever.

These are its main features:

Bitdefender 2013 is lightweight like Microsoft security essentials. It has nice simple User Interface and powerful Virus detecting technology. Also, It is compatible with Windows 8. It supports Windows 7 and Windows XP also.

More Free Offers for other Antivirus