Apple claiming the Tag supports is really innovative feature that will certainly improve the user experience further more. The Tags will help users to keep track of their files on Mac. The Maverick also has the improved support for multiple displays.

Also Read : Best Free iPhone Apps Ever! – Must Have Apps for all Your Needs 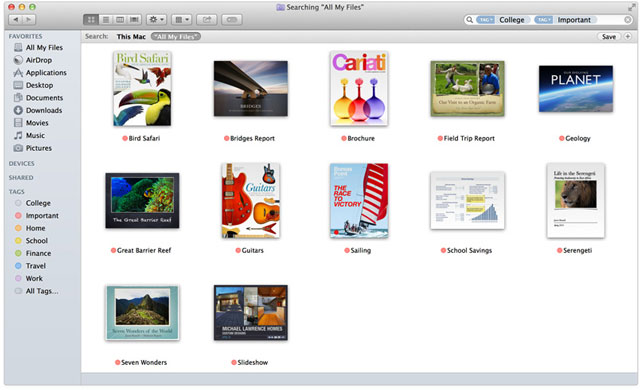 Safari is update with a lot more features: Improved bookmarks,sidebars, shared links. Also, they added to that, Safari is much faster that Chrome and Firefox, even it consumed less power than the World’s top browsers.

Mavericks includes the ” iCloud Keychain” which is a password management tool that securely stores your login details, credit card numbers, and other sensitive data and syncs them across devices.

Apple also showcased the new MacPro. This sleek and cylindrical-shaped Mac Pro will be available late this year and will be assembled fully in United states.

Marketing chief Phil Schiller has shown the new Mac Pro to the audience at the event.

Schiller said as he showed off the new Mac Pro,

“Can’t innovate any more, my ass,” . “This is a machine unlike anything we’ve ever made.”

Apple has struggled a lot after the Steve jobs demise, and there isn’t any ground breaking innovative product from them. And their innovative Smartphone and Tablet market has been take over by the Samsung and Google. Also, the Apple stock has fallen 37 percent after touching a high of $705 in September. That’s why Schiller citing that “can’t innovate any more”.

Apple also unveiled the new iOS 7 , the upcoming mobile operating system which has seen the complete change in UI and design. To cope up that Apple has redesigned all its applications and icons in iOS 7. Further It has some new features like iTune’s free Radio streaming service which has over 200 radio stations, Siri the voice assistant will use bing search engine and the improved Maps.

How to Easily install and Dual-Boot Windows 10 on Apple Macs
New iPad Mini 1024×1024 HD Wallpapers [100+ Images Updated Today]
Donna – A New But Effective Personal Assistant For iPhone and All iOS Devices
Finally, iPad Mini is available in Brazil from June 25
How to Downgrade the iOS 7 back to iOS6 in iPhone Easily
How To Install new iOS 7 in your iPhone 5, iPhone 4s and iPhone 4
[Windows Mac] Run Apps and Scripts At Specified Times or Intervals with Tasks Till Dawn
Top 10 iPad Mini Accessories, Cases,Covers,Stands for You
Topics
apple media event iOS7 Mac Mac Pro OS X Mavericks WWDC WWDC 2013