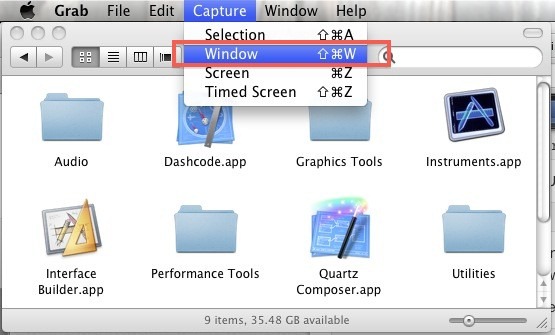 This will bring up the familiar window selector tool that you get when you hit Command+Shift+4, but any resulting image won’t include the window shadow.

First you have to launch the “terminal”.

So here’s the syntax you’d want to use for that:

This too will bring up the familiar window selection tool, and any resulting screen capture will be missing the shadow.

If you want the image to go to your desktop like a normal screenshot would, use:

You can direct the output of this command to where ever you want, just specify the proper path.