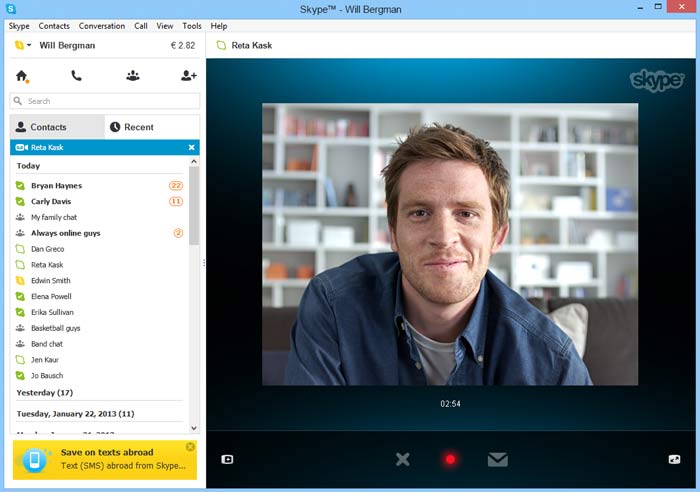 Well! no body can be always online, when you make Video calls. At the time you can leave a message. But the Skype for Windows doesn’t has this video message feature until now, you can only leave a text message in Skype.

But now Skype  released the new feature “Skype Video Messaging” in its latest beta release of Skype for Windows 7. This new Video messaging feature will be available soon for Windows 8 users soon. By using this feature Windows 7 users can leave a video message to their friends when they are not available to your call or offline.

This video Message for Skype feature is currently beta stage, and Microsoft has improved and fixed many bugs. issues fixed in this release of Skype 6.5 beta for Windows desktop,

If you want to try yourself this Skype Video Messaging, then you have to download Skype 6.5 beta for Windows desktop.