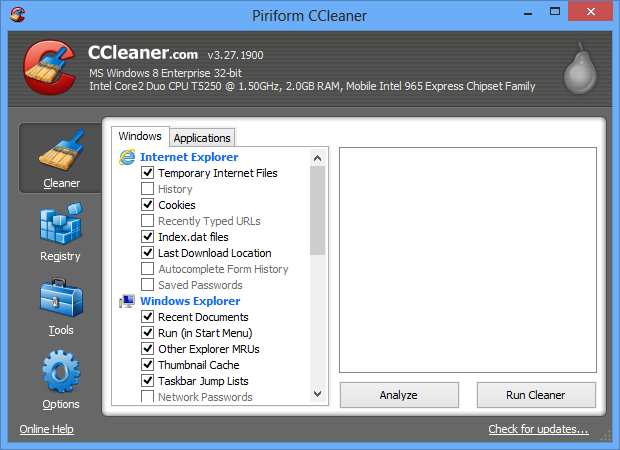 CCleaner is a freeware system optimization, privacy and cleaning tool. It removes unused files from your system – allowing Windows to run faster and freeing up valuable hard disk space. It also cleans traces of your online activities such as your Internet history. Additionally it contains a fully featured registry cleaner. But the best part is that it’s fast (normally taking less than a second to run) and FREE!

CCleaner v3.27 comes with support for Windows 8, Google Chrome and Mozilla Firefox and IE 10. By using this tool you can clean your temporary files in your system and also you can reduce the memory of  Windows registry by deleting the Garbage files.

And also CCleaner offers tools like Startup Monitor, Application uninstaller and System Restore cleaner. By using this tools you can get improved and speed up  in the Windows 8 and Windows 7  computer Startup time and much faster system Performance. 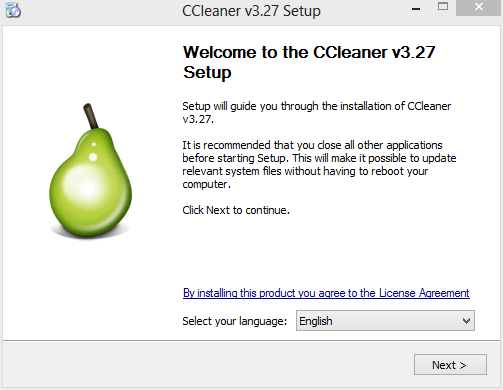