I earlier posted about the leaked details of the first Android Honeycomb Motorola XOOM tablet before the release of this Tablet at CES 2011.Now Motorola had released the XOOM tablet demo version for only CES. 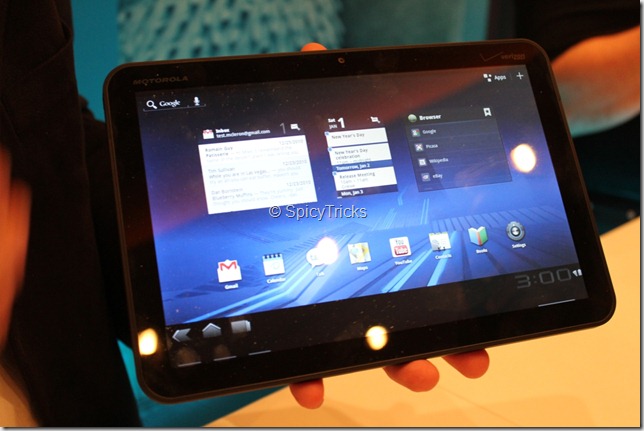 It has a form factor that could very well take on the iPad on its own terms, but also because this will be the first tablet that will come with Google’s Honeycomb (Android 3.0) operating software, and you can’t help feeling that, finally, there’s a valid, dedicated OS to rival Apple’s.

It must be pointed out that, currently, the Motorola Xoom is far from a finished product. Motorola isn’t able to show it running with a full version of the new operating system, so the demonstration model.It merely runs videos of forthcoming features, such as movie playback, 3D Google Maps, voice time, etc. 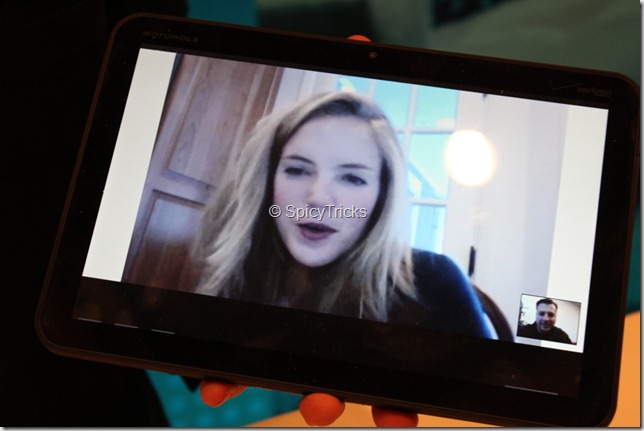 Therefore, it wouldn’t be right to pass judgment on the device in its usability.

Speaking of which, the Xoom is currently a Verizon exclusive in the UnitedStates, and there’s no indication yet as to whether Motorola will sign up to one UK carrier or many. Unfortunately, that also applies to price, with no word at the moment. But as the US version is being touted as a quarter 2 release, it’s definitely one to watch.