Well Good news is that, there are some truly brilliant Linux Distros available to choose. You can choose from Advanced Desktop interface to familiar, standard type of Desktop.

You may know Most Popular Linux Distributions like Linux Mint, Debian, Ubuntu, Open SUSE and Fedora.  My favourite Distro is Linux Mint which is the combination of modern, fast and offers user-friendly Interface.

Recommended : 10 Best Linux Desktop Environment for Ubuntu & How to Install it 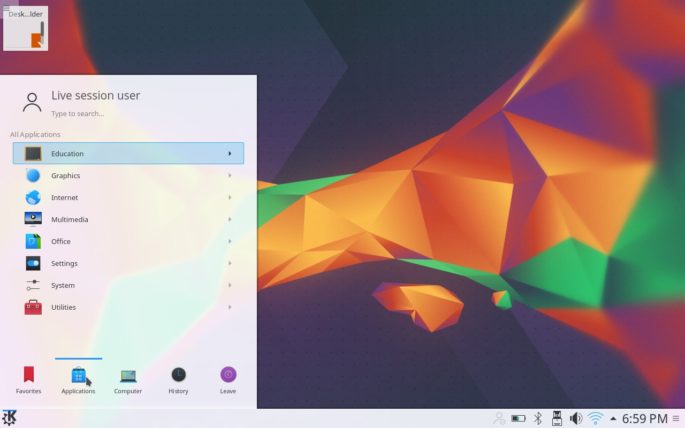 Ubuntu is the Popular Linux Distribution out there and has followed by the most users after the Proprietary Operating systems like Windows and Mac OS. Most of all know that Ubuntu is based on Debian. It offers its own collection software repository. One can easily install any Linux Software Applications using the terminal or Ubuntu Software center. Kubuntu is the Official derivative of Ubuntu Operating system which uses the KDE Based desktop environment instead of the Ubuntu’s Unity GUI. 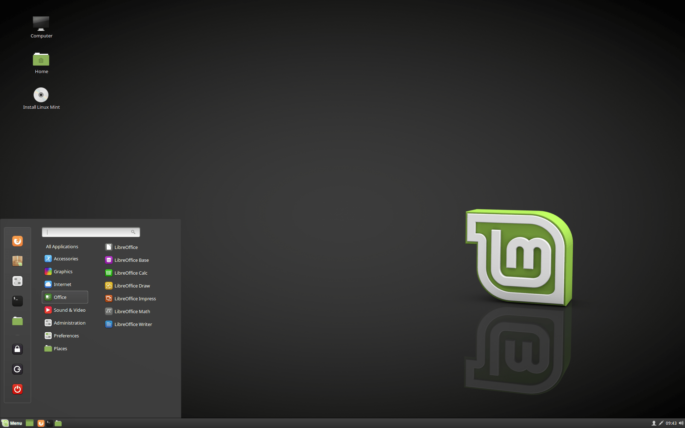 Linux Mint is the most Popular Linux Distribution.  Mint is elegant, modern and comfortable and offers some Proprietary software packages for media Playback. Mint offers two GNOME based Desktop environments: Mate and Cinnamon. The Mate is designed from the Outdated GNOME 2 desktop and cinnamon is modern and gives neat menus and awesome Nemo which is much like Windows explorer. This Popular Linux Distro is based on Ubuntu and Debian. 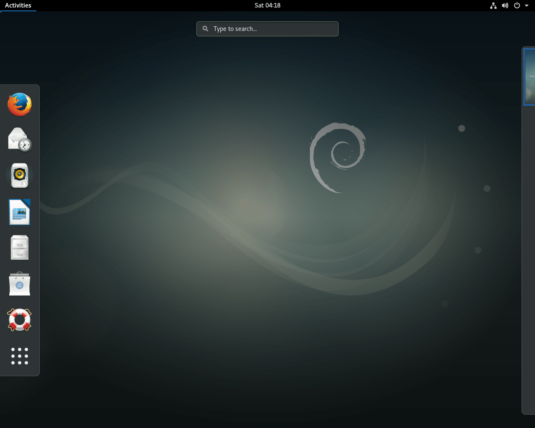 Debian Linux is the one of the most Popular and best Linux Distro for Servers and Personal computers. Many Linux Distros derived from the Debian operating system. Because, it is considered as the solid Linux. Debian Project offers the Software repository which has a wide range of Free Linux Software applications in one Place. 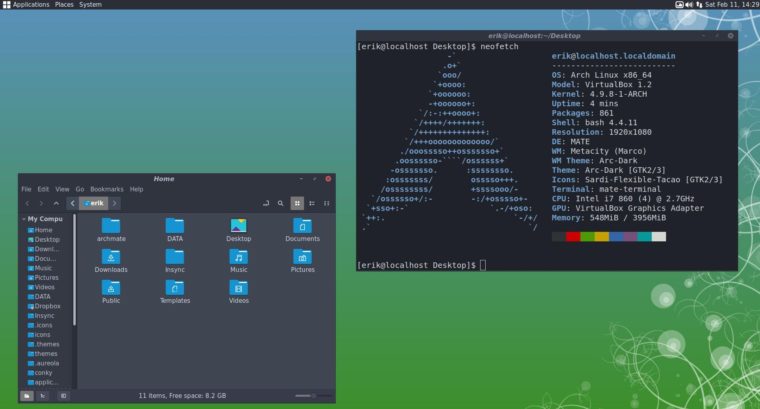 Arch Linux is developed predominantly with free and open-source software, and supports community involvement.  A package manager written specifically for Arch Linux, pacman, is used to install, remove and update software packages. It is a x86-64 general purpose GNU/Linux distribution versatile enough to suit any role. 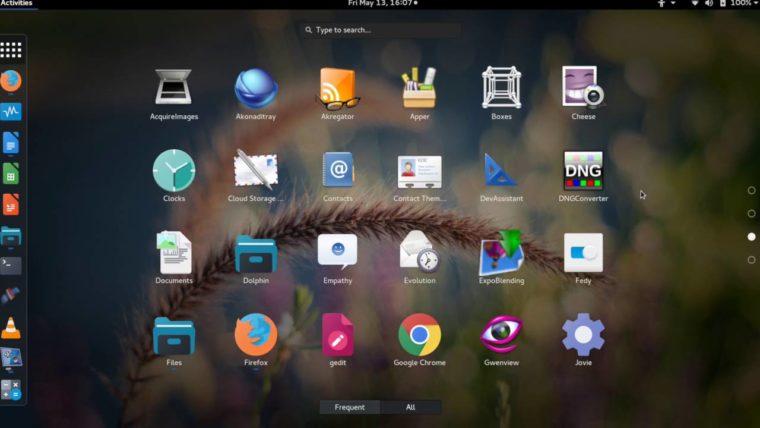 Fedora is unix like Operating system based on the Linux kernel and GNU programs. Developed by the Community-Supported Fedora Project and sponsored by the Red Hat.  Fedora has relatively very short development life cycle, every 6 months new version will be release and maintenance period is only 13 months. Last few years, it has come with many server oriented features rather than desktop oriented features. 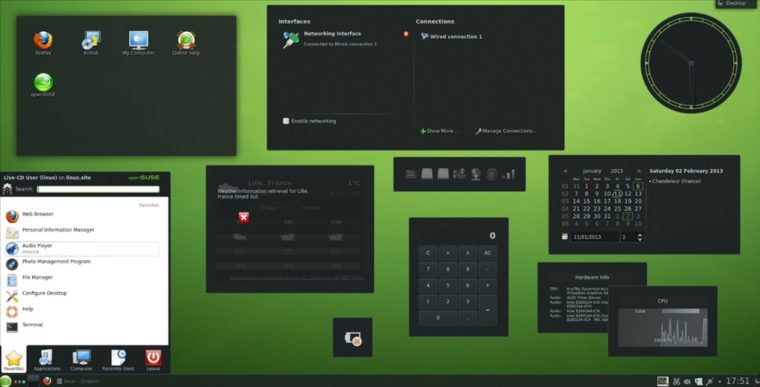 OpenSUSE project is supported by Open-Source community and sponsored by SUSE Linux GmbH and other companies. OpenSUSE supports thousands of free Linux Applications. It offers many Desktop environments such as GNOME, KDE, LXDE GUI’s. 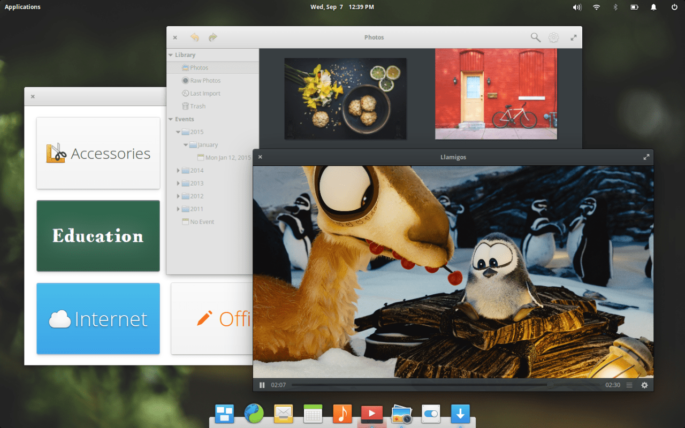 elementary OS is also based on the Ubuntu Operating System. It is the flagship distribution to showcase the Pantheon Desktop Environment. The basic principle of this OS is that without learning too much, they can use elementary OS. The core rules of the elementary OS are  “concision”, “avoid configuration” and “minimal documentation”.

User Interface of the elementary OS resembles much like Mac OS. You may not expect the same user experience like Mac OS, but you can certainly feel that UX in elementary. 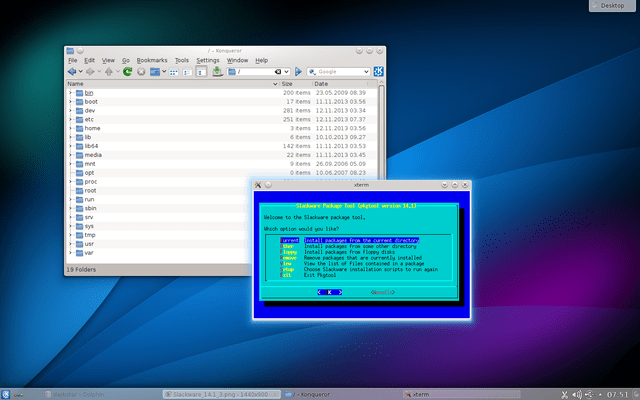 Slackware is one of the earliest operating system that built-on top of the Linux kernel. This is the oldest Linux Distribution still maintained. Slackware has been the basis for many other Linux distributions, including the initial versions of openSUSE. 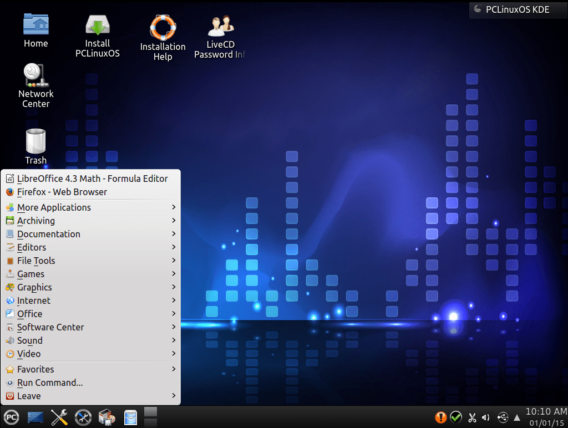 PCLinuxOS is  shortened PCLOS, runs on the KDE Plasma Desktop. In the intial stage, This Linux Distribution has been developed from Mandriva Linux Package. It offers nVIDIA and ATi fglrx driver support, Multimedia playback support for Popular formats. Users can easily play any multimedia files in PCLOS, all media codes pre-installed. 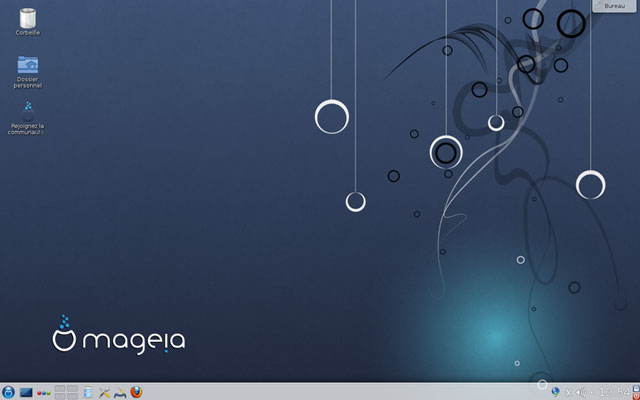 Mageia is forked from the Mandriva Linux distribution. It was developed by the former Mandriva employees and other users, supporters of Mandriva. KDE is the default desktop environment, however you can choose the GNOME as your Desktop GUI.  LXDE, LXQt, Cinnamon, MATE and Enlightenment are also available. Mageia users can install RPM Packages in their system. It offers very large repository of software, such as productivity applications and a large variety of games. 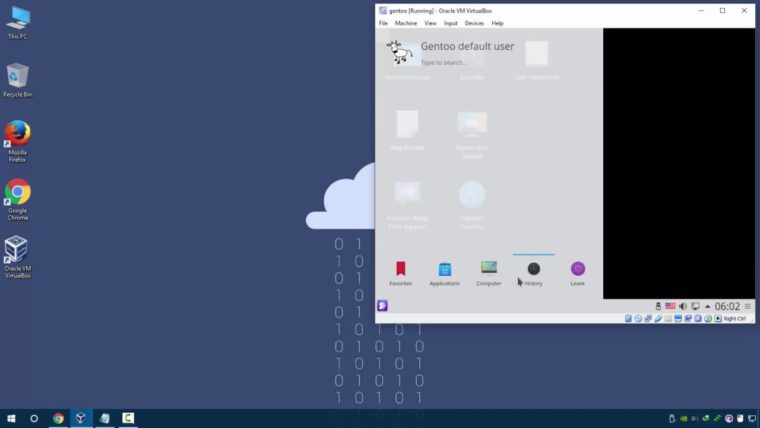 Gentoo Operating system built on top of Linux kernel and based on the portage package management system. Unlike traditional software distribution, You have to compile the software packages in your own system based on the system configuration.

Hence, Installing the Gentoo Operating system is very time-consuming process. Because, It downloads all the package source codes from the internet for you to compile locally. If you select many packages during the installation, then it may take hours for the installation. However, investing your time and building on your,  you can build very efficient Gentoo desktops and servers. 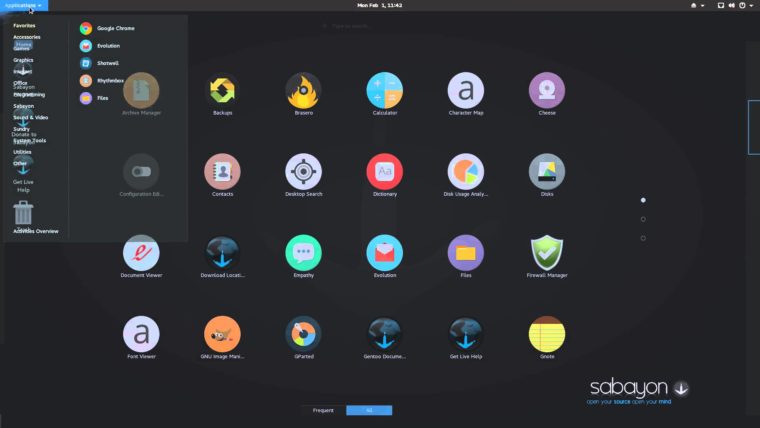 Sabayon is the Gentoo-based Linux Distribution. It provides wide range “Out of the box” Linux Applications and pre-configured operating system that builds on Solid platform. It has its own software repository and a package management system called Entropy. Portgage is inherited from Gentoo. Unlike Portgage, the Entropy compiles the software and gives only the Binaries to the system.

It supports the following Desktop GUIs:  GNOME, KDE, Xfce, and MATE. Even though, It is based Gentoo Linux, Sabayon can be installed within 30 minutes. 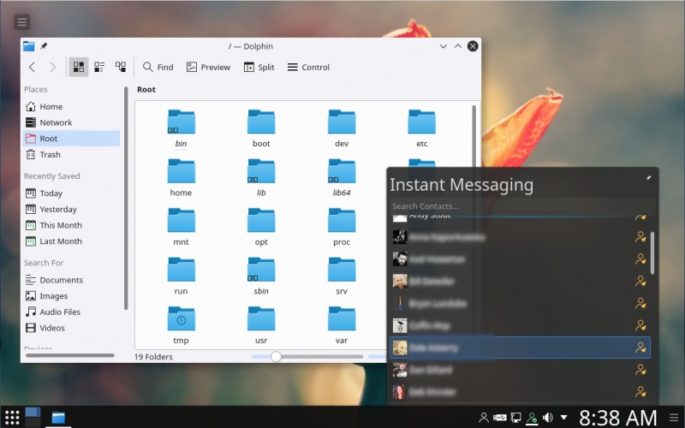 Chakra is based on the Arch Linux Distribution, and it is the best looking KDE Linux Distro available for Linux Users. It offers a beautiful flat styles theme desktop. Chakra is a unique distribution that offers an interface and stability.  The Chakra does not have scheduled release system but uses a “Half-Rolling release” system. It has its own official repository and user-driven Software repository. 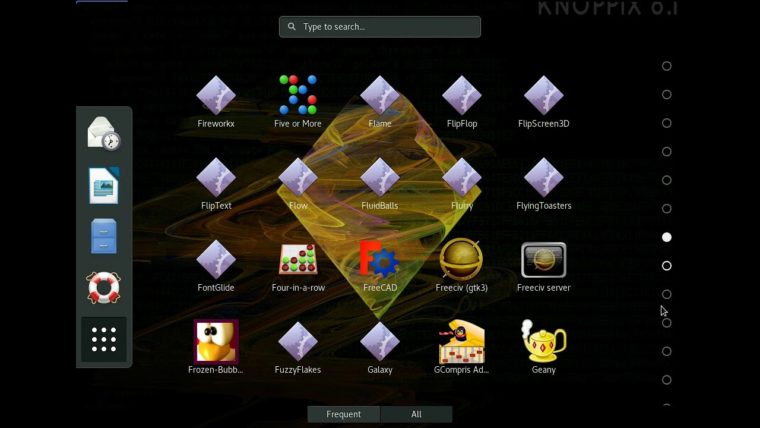 Knoppix is the Debian based Operating system which is the first OS available as LiveCD to boot directly from PenDrive or memory card. Also, it is available as two editions: CD edition and DVD edition. 1000 software packages are included on the CD edition, and more than 2600 are included on the DVD edition. It comes with 3 different Desktop Environments:  By default LXDE, GNOME and KDE.

Many Distributions are derived from Knoppix. Notably, Adriane Knoppix is a variation that is intended for blind and visually impaired people, which can be used entirely without vision oriented output devices. 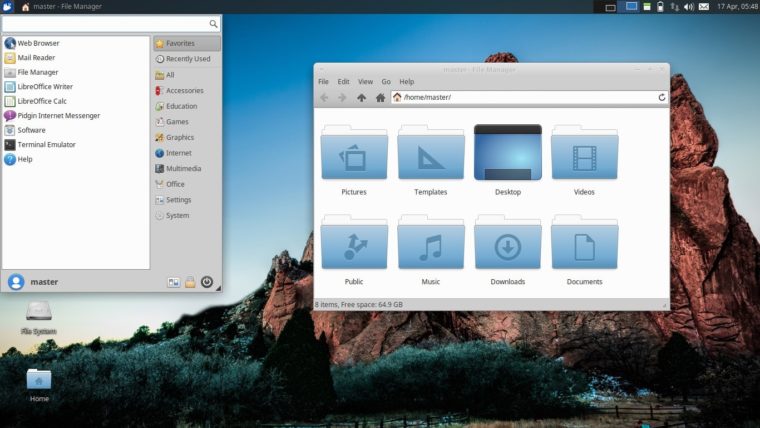 Xubuntu is a community-maintained derivative of the Ubuntu operating system. The Canonical Ltd. who is behind the Ubuntu, recognised Xubuntu Distro. The name Xubuntu is a portmanteau of Xfce and Ubuntu, as it uses the Xfce desktop environment, instead of Ubuntu’s Unity.

Whether you have a high-end computer or even a moderately older machine, Xubuntu is able to provide you the stable, smooth User experience. 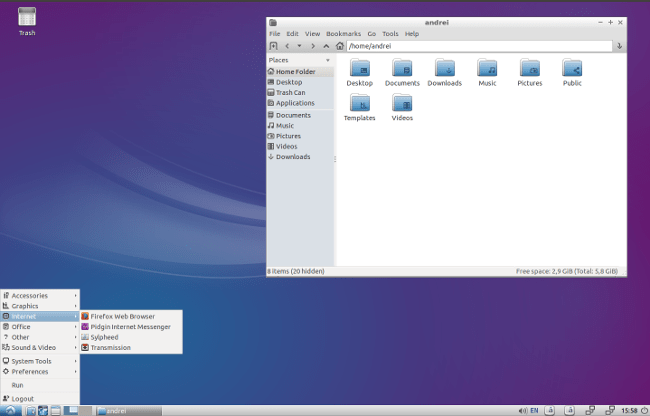 Lubuntu is derived from the Ubuntu, uses the LXDE desktop environment which makes the Lubuntu as a Lightweight Linux distribution. LXDE is known for it lighter, less memory hungry and more energy-efficient interface. Lubuntu includes many default applications like Ubuntu such as Synaptics Package Manager, Abiword, Mplayer etc..You can also install the Linux Applications from Ubuntu repository. 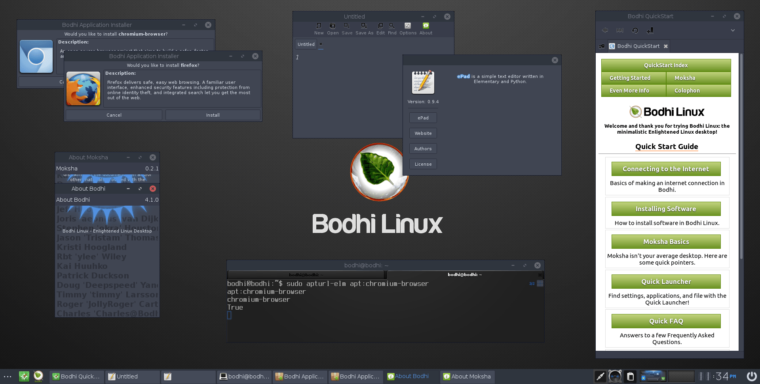 Bodhi Linux is one the best Lightweight Linux Distro that is based on Ubuntu and uses the Enlightenment Window Manager. By default the Bodhi Linux does not have any many software packages other than basic Applications like File browser (EFM), Browser (Midori) and a Terminal emulator. Bodhi Linux has a list of  Lightweight Linux Software Applications in online database that can be installed one click using apturl. Since it is based on Ubuntu, Bodhi Linux users can install any packages that was created for Ubuntu. 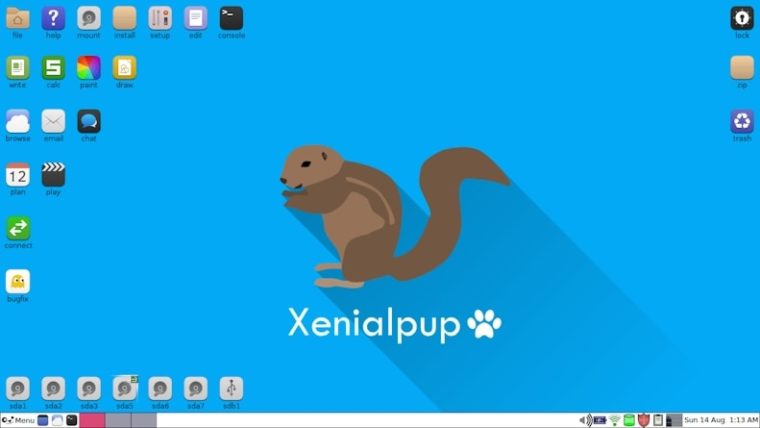 PuppyLinux is  Lightweight Linux Distribution. It only runs on minimal memory and provides easy to use interface, features. You can run the entire system on the RAM itself, it only takes 130MB memory only.

By default the lightweight word Processor (Abi Word), MediaPlayer(Mplayer)  and lightweight web browsers included. It has its own Package manager. The Packages are identified .pet extensions. You can install any Packages from the Puppy repository and other users developed Puppy repositories.

This Puppy Linux is most useful for older computers and net books. Since it has been using only smaller memory footprints. 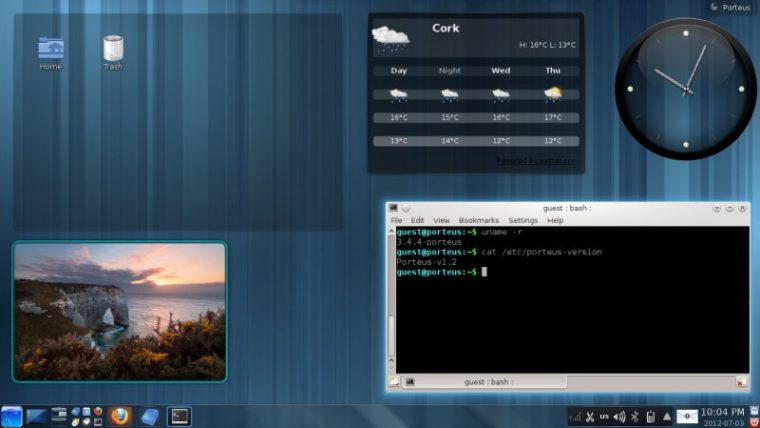 Porteus is the Portable Lightweight Linux Operating system that has been derived from the Slackware Linux. It is a lightning fast and small but powerful Linux operating system. You don’t need install this Linux OS on Hard Disk, you can directly run this Linux Distro from the USB Flash Drive or CD. However, if you need, you can install in the Hard Disk. Like Puppy, Poreteus also directly runs from the RAM memory, so it is very fast.

Currently, Porteus comes with the LXDE and KDE desktops. 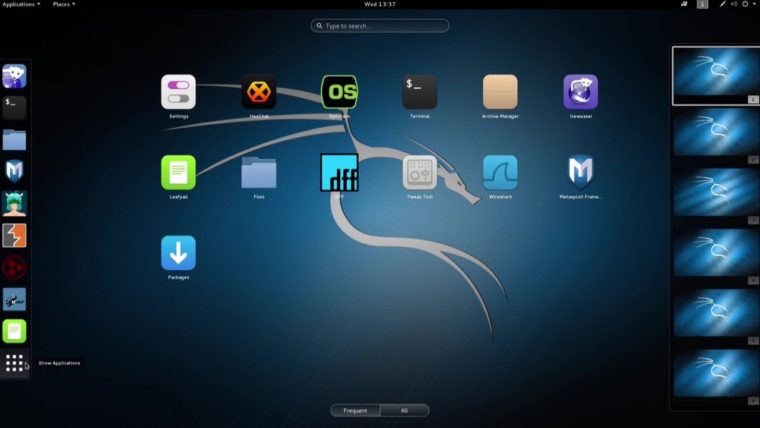 Kali Linux is derived from the Debian Linux and it is specially developed for the Digital forensics and Network Penetration testing. This Linux Distro was rewritten from the Back Track Linux Operating system.

Kali Linux Pre-installed with numerous penetration testing applications such as nmap (a port scanner), Wireshark (a packet analyzer), John the Ripper (a password cracker), and Aircrack-ng (a software suite for penetration-testing wireless LANs). 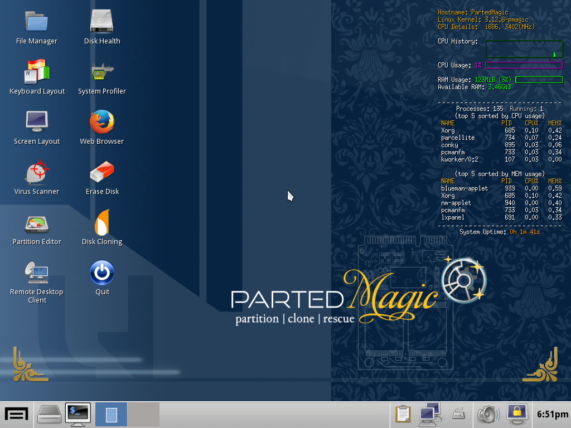 Easily, any Linux user can partition your hard drive, rescue files, reset windows password to rescue files,  retrieve data from the disk even if it shows read errors. It has system stability checker, stress testing tools and more. 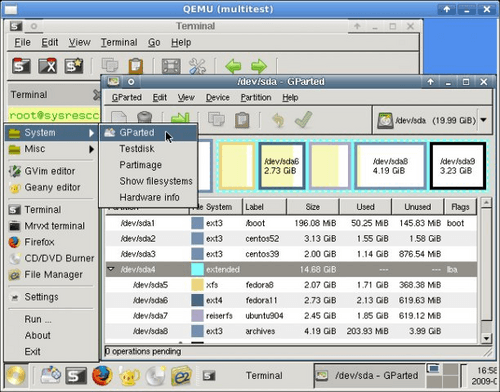 SystemRescueCD is not the general Purpose operating system. It is specifically designed to repair unbootable or otherwise damaged computer systems after a system crash. 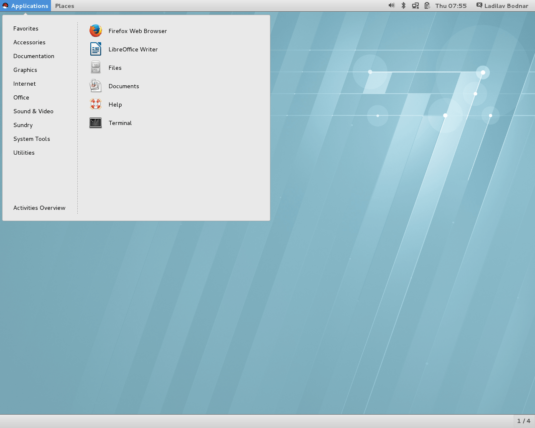 Red Hat Enterprise Linux has developed by the Red Hat, and they mainly concentrates on the server-side. In addition, You can also get the desktop edition from Red Hat. This is Commercial Linux Operating System. 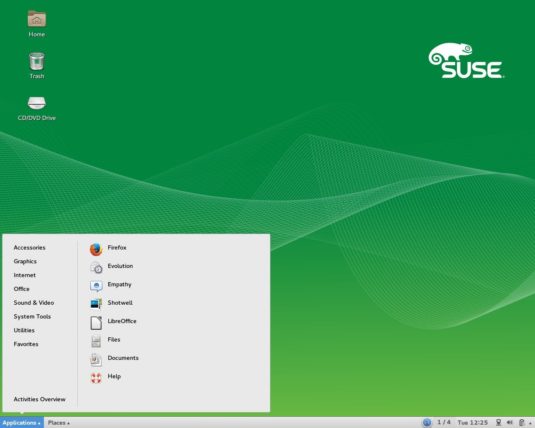 SUSE Enterprise Linux offers many Admin tools than other Enterprise Linux system that makes Admin job easier. In addition, SUSE also, develops multiple products that has long life cycle typically 7 to 10 years. Besides, It gives the stability and full technical support for users. 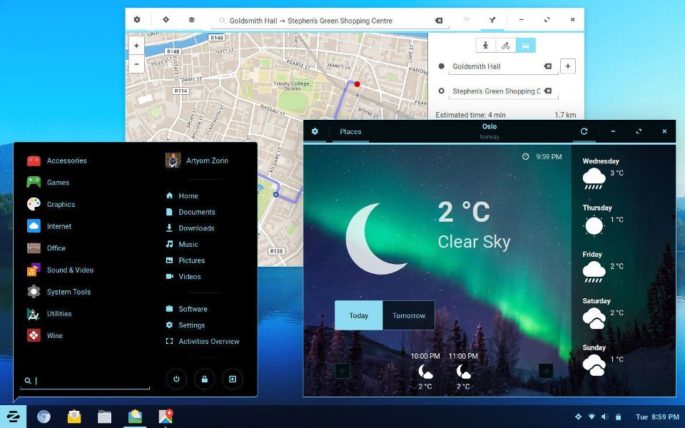 If you want to move from Windows to Linux, Just Install the Zorin OS in your system which is Ubuntu-based Linux Operating system. Zorin OS is an alternative to Windows and macOS, designed to make your computer faster, more powerful and secure. It offers Windows-like Graphical User Interface and many windows like Linux Applications for users. 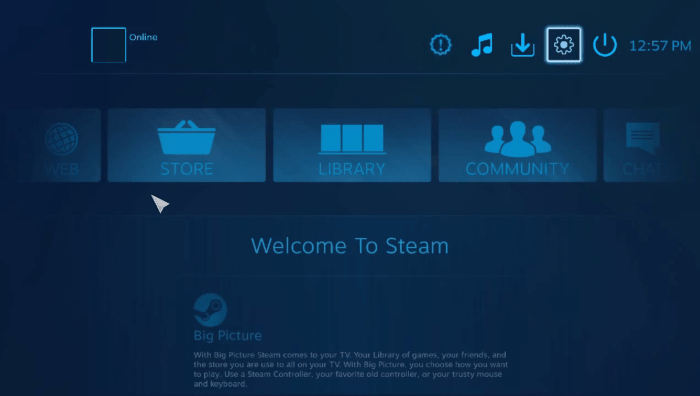 The Steam Os is the the best gaming Linux Distribution. This is primarily designed for playing video games that provides console like Gaming experience. It is based on the Debian Linux Distro. Users can play native linux games, Multi player Online games provided by Steam.

Since this Linux Distro is Primarily for gaming, You can’t expect the File Managers ,Image viewers by default. The OS natively supports the Nvidia, Intel, and AMD graphics processors. 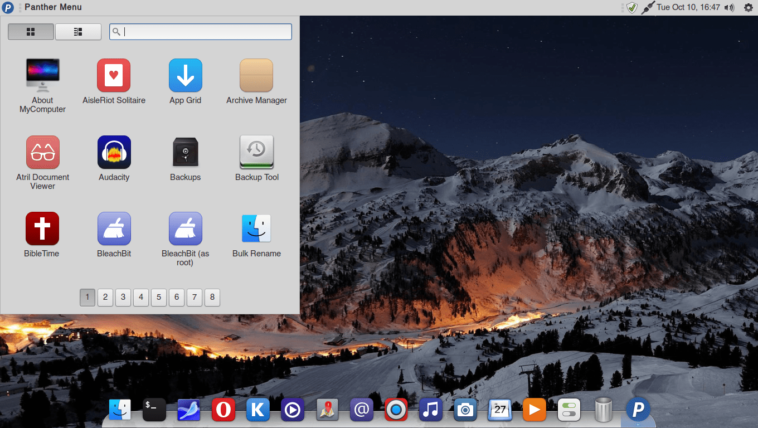