Google Zeitgeist 2012 – What World Searched on this year 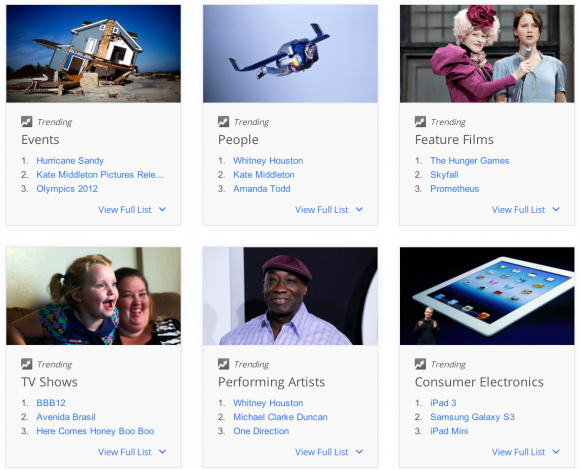 The Internet giant has revealed the some most searched terms and popular trends in 2012,in its report which shows data for global views as well as by country also. The list shows the categories like performing artists, consumer electronics, and events, together with individual countries.

The full top ten search terms were as follows: