Are you paying penalties for late bill Payment? There is a handy way to solve this problems using your Android Smartphone. Never miss the Bill Due dates and pay it in the Right time using the Bill Reminder Lite Android App. Install this App and organize your Bills in your Android Phone and get Reminders daily and Pay the bills in the right time.

What is it and How it is Useful

Bill Reminder Lite is simple Android app that powers you to organize the single and Recurring bills. It will remind you in advance when the Bill Payment is coming due. Install the App in your Android phone and forget the bill payment due dates, the App will do the job for you every time. Once You installed this app and organize your bill payments, you don’t need worry about the late payment. 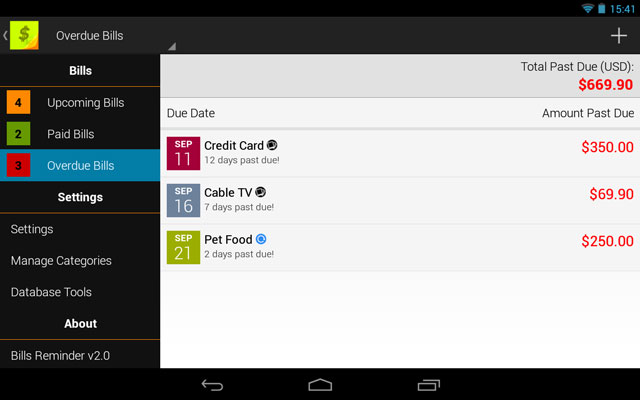 Bill Reminder Lite has the simple User Interface which allows you to enter the Bill Payments easily. This app also has the options for recurring bill reminder, just enter your Recurring bill payments and the app will perfectly do the job for you. There is many Reminding options available for you like You can customize the Recurring Bill Payments in X Days, Weeks, Months or Year. 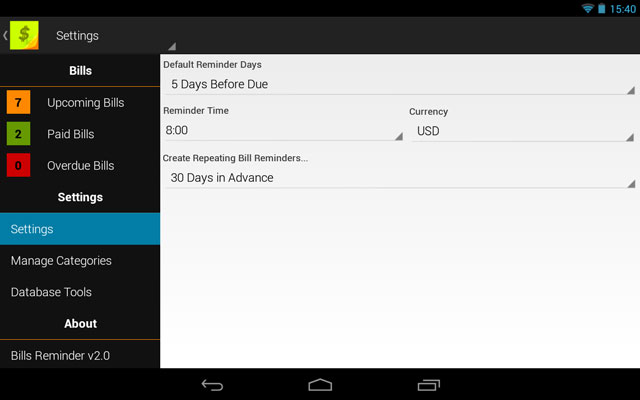 Unlike other Bill Tracking apps, it will remind your Bill Payments always, even when you don’t open the App or rebooted the device.

Bill Reminder lite will remind your bill Payment before five days by default. You can change this reminder time in settings panel. Also, You can customize the reminding time for each bills. Bill Reminders will fire off reminder notifications every day at a preset time (default is 8:00am) until you have paid your bill. Your device LED will also flash a distinct orange color to indicate that a bill payment is coming due. 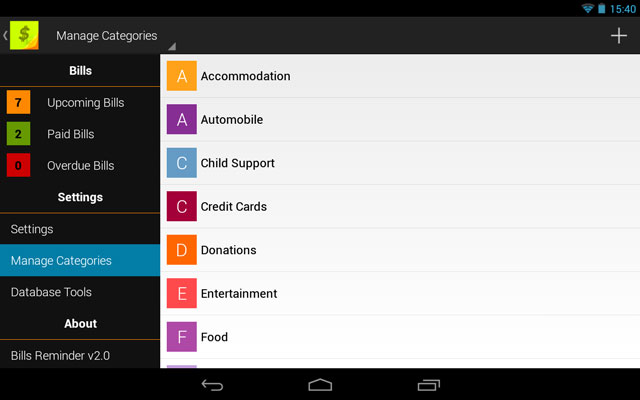 Bill Reminder Lite has an awesome feature Bill Capture which allows you to capture or attach the photos of paper bills, Receipts, invoices alongside with Bill reminders you have created. It is a handy feature that will allow you to refer the Paid bills without searching for the paper bills.

Bill Reminder Lite is a really super App that saves you penny by alerting Bill Payments. Also, the Paper Bill feature comes handy when you want to refer the previous bill payments. Overall, it has done the pretty awesome job and do the difficult job. The Lite version has some ads and lacks few features. You can get those missing features by upgrading to the pro version.

Bored of Android UI? Get Windows Phone 8 Tiled Metro UI Start Screen in Android
The 5 Best Twitter Apps for your Android Phone to Have More Fun
How To Protect Your Android Device With Siren
Top 20 New Best Android Apps & Games This Month