Finally, The best Windows Optimizer and Cleaner Software “CCleaner” has landed its foot-marks in Google Play Store. Over the past few months CCleaner for Android in the beta stage and thousands of users have downloaded the Beta app who have posted positive reviews. Using these positive responses, the team behind the CCleaner has fixed many bugs and improved the performance.  Also, CCleaner has come to the final stage with many new features from the test phase.

If you are the Windows user, You probably know about the CCleaner which is one of the popular Windows software you can find in any computer. Before Moving the Linux Operating system, I have used this software daily to clean the craps and registry files to speed up the Windows Performance. The CCleaner for Mac version was launched after the popularity of Windows period. Now, The Android users can use this Best Android Optimizer in their devices to get the clean, super fast and improved performance.

Why We need Android Cleaning Tools?

Like the Desktop computers, the Open sourced Android system that runs on the smartphones will collect garbage and junk files in their system over the few months of usage. You will lost the Phone’s performance and it will slow down. To get First day performance and smoothness of Android, you need maintenance and cleaning tools. CCleaner has the past experience in this field and brings the big smile on Windows and mac users for so many years.

Like other Android Cleaning tools, CCleaner for Android has come with same features. It has got modules that cleans the Application cache, Download Folders, Call logs, Browsing history and Clipboard items.  Finally, it removes the al junk memories improve the speed of the Android Phone. CCleaner offers some other features like App Manager, system monitor. 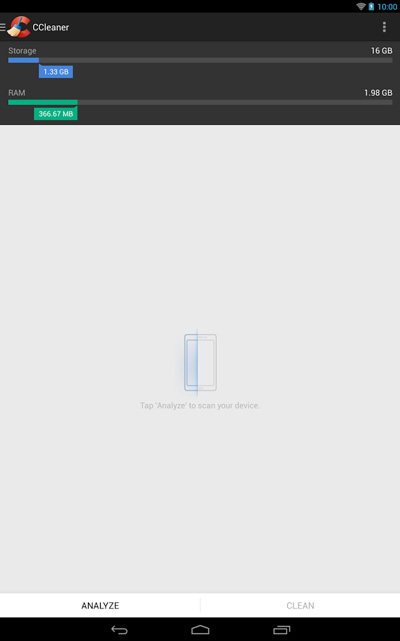 Install this Application from the Google Play store, it only needs 1.2MB of your storage. The CCleaner home screen will show you the Internal storage and RAM Memory statistics.  Tap the Analyze button to get the App Caches, Call logs and other temporary files stored in your Android Device. Once the analysis complete, you will get the list of files that is App cache, Call logs, SMS, Browser history and Processes list. 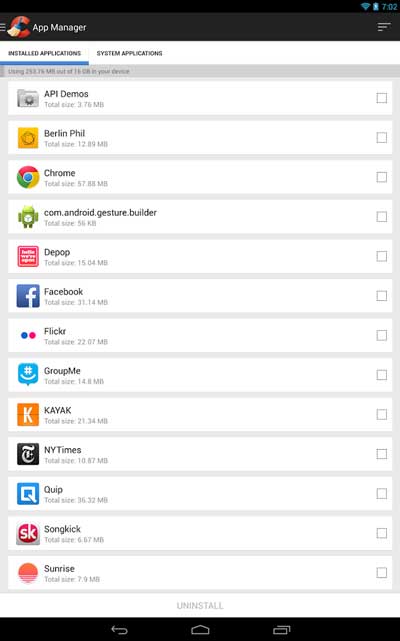 If you have low disk space, Choose the App cache to gain some disk space in Android. The processes list will show you the background processes that currently running on your system. You can stop the processes in the list to improve your RAM Memory  and performance. Also note that, The important system processes like Clock are required for reminders.  Even though if you stop the important system processes, it will restart in sometime. However, you have to provide extra when doing this process. 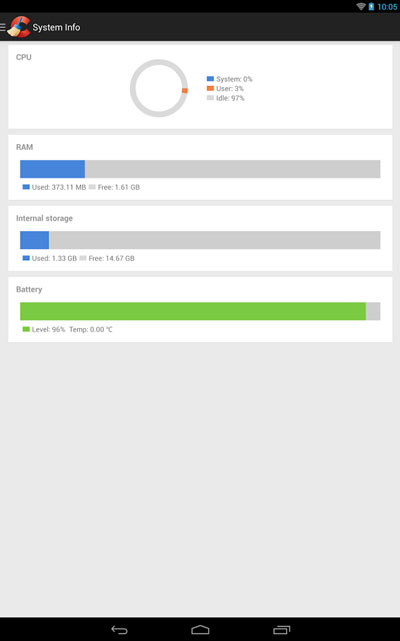 The System info tab will show you the useful information about your Android device. This system monitor will keep tracking your CPU usage in real-time and you can get usage percentage of the CPU cycles in the chart. Also, the system info screen will display the Internal Storage and RAM details. The battery monitory provides the remaining battery percentage and system temperature level.

Is CCleaner the best Cleaning Tool for Android ?

There is no doubt that Priform has many loyal followers in Desktop computer, but they entered very late in the Android market. Already the Play store has been crowded  with best Cleaning and optimization tools for Android like Clean master. The CCleaner has the huge task before its face to standout in this crowd to get the Best Android Optimizer tag.