Also Read : Top 10 Must Have Apps for iPhone, iPad and Android Smartphone

Now Twist of the Story is another product has gained significant Advantage over ‘Google Now’ and Siri in the Voice Assistant area. Sherpa! Well,  like Siri It will speak to you with a female voice – less than a perfect. It is understandable that still in beta stage (Many Features in Lab). So you can expect the best Personal Voice assistant when the final product arrives.

Though It is in beta stage, It doesn’t have any problems usually the beta tag products crashes and hang sometimes. Sherpa is first developed for spanish users which is the biggest voice assistant in the spanish speaking world. Now It has support english Speaking regions. 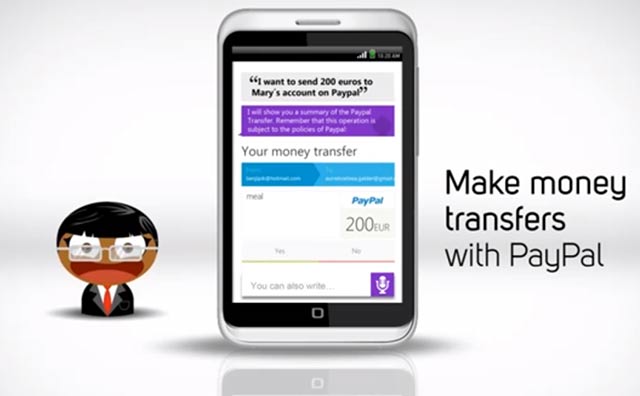 Sherpa is really cool which offers Google Powered Voice searches, can make Flight arrangements, Transfer money via PayPal, Stream music and sets meetup and even tell jokes. Also, Sherpa organizes your schedule and reminds you when you wife’s birthday.

Sherpa is very Potential and lightening fast app and could be a king of Voice Assistant. Just ask the question Who is Barack Obama? Sherpa will reply “I will show you what I know about Barack Obama” and You will get the picture of Obama with his signature and short bio. For the same Question, Siri showed the Whitehouse address.

You can also get nearest restaurant addresses when asked I’m hungry to sherpa. Also, you can hear any song when asked you asked to Sherpa play music.

If you want any updates to Facebook and Twitter, Just tell the status to Sherpa, it will post it for you. If you have any appointment, just tell the Sherpa to write it down, it will obey you. Want Forecast? Just ask and know about it.

Even you can transfer money to your contact list via PayPal using Sherpa. It is really cool. Isn’t it? Sherpa also calculates for you. Ask what is the square root of 64? Sherpa will reply the 8 as an answer. I think it is correct.

Compare to Siri and Google Now, Sherpa gains in some Queries and losses in others. But It Should try this app. You can expect more when it is come out of the beta stage. The Spanish version has been already downloaded more than 450,000. Hit the Google Play store image and get her.